The present blue-stone Cathedral is the third church under the name St Patrick's to stand on the site in James Street, Toowoomba. The first was erected in 1863 under the guidance of the first Parish Priest, Father Fulgentius Hodebourg. This small wooden Church-school soon became too small for the ever growing congregation and was expanded in 1880, only to be burnt down the day after completion.

Due to the dedication of parishioners, a new St Patrick's was erected in little over two weeks. It, too, was of wood and when its life as a church came to an end, it served as a school utility until 1975.

The beginnings of the St Patrick's Cathedral we know today, came with the laying of its foundation stone in 1883. The architect was James Marks, whose works feature prominently throughout Toowoomba. Built in neo-gothic style, the Cathedral consisted of a nave and single aisles with a clerestory 12m in height. It was officially blessed and opened on the 17th March, 1889 - St Patrick's Day.

On the 1st September, 1929, Dr Byrne was consecrated as Bishop to the newly-formed Diocese of Toowoomba. With his appointment, Bishop Byrne immediately began to plan for the transformation of his simple Parish Church to that of a true Cathedral.
​ 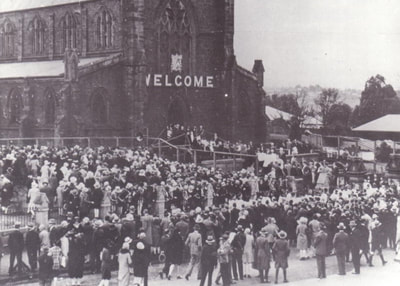 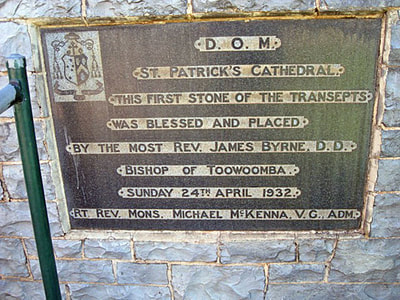 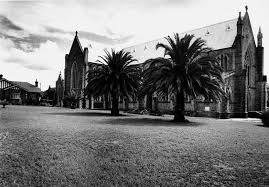 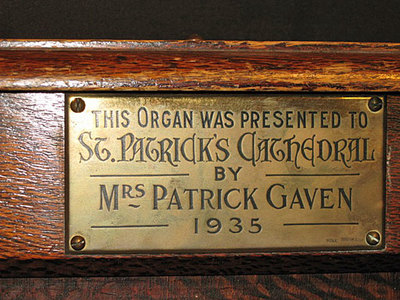 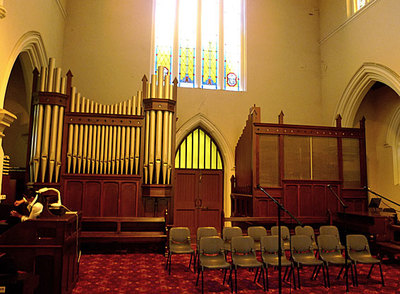 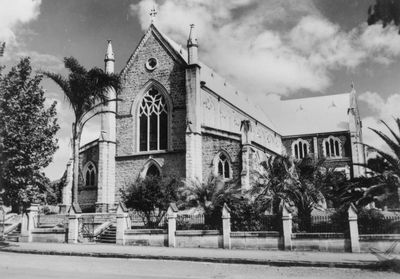 Click on the images above to view the captions and a larger version of each image.  They may also be viewed as a slideshow.
Amidst a crowd of over 7000 people, the new Cathedral was opened on 24th March, 1935. It now measured 64m in length, while the new transepts were 30m across. The Sanctuary, one of St Patrick's outstanding features, now measured 10m by 17m.

In 1972 extensive renovations were undertaken. Two major improvements were the installation of a well-planned public address system and a specially designed lighting system.
​
And so St Patrick's stands today, a living testament to the development of faith on the Darling Downs.
St Thomas More's Parish,  71A Ramsay Street, Toowoomba Q 4350
ST PATRICK'S CATHEDRAL Toowoomba